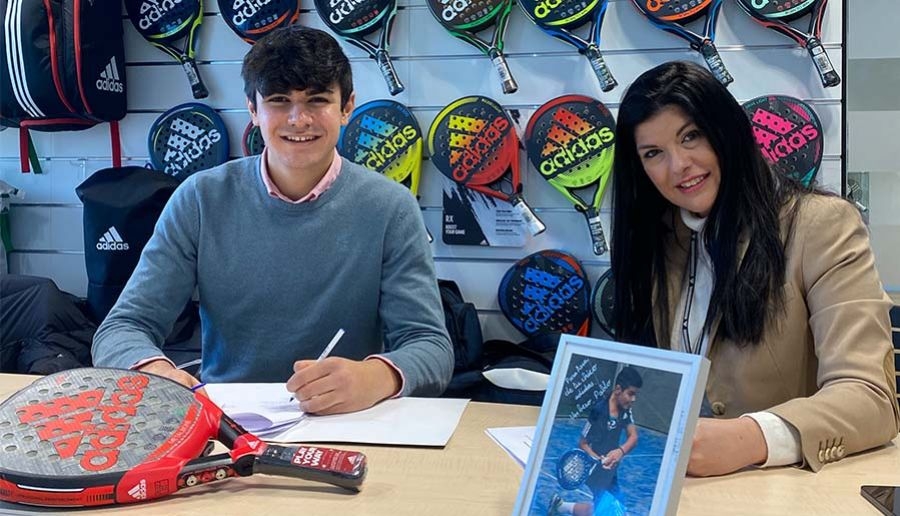 The young man from Merida takes another step forward in his career as a professional player.

In the world of soccer, it is a very special day when a player who comes from the youth academy, gets promoted and with hard work, patience, humility, and effort gets to debut in the first team. Although here Pablo Cardona is not a soccer player. But what he has just achieved is the perfect allegory of the dream of a child who always wanted to play in the first team and who, after many years of work, signs his first professional contract after a brilliant period in the youth categories.

Pablo Cardona has always shown great skills to develop a high padel level. This innate talent did not go unnoticed. Since his beginnings back in 2015, and at only 11 years old, he had already pointed out ways in the junior team. Throughout this short period of time, he has been proclaimed 3 times champion of Spain in the Benjamín, Alevín, and infantile categories, in addition to being declared champion of Spain by teams in 2016, 2018, and 2019. He began to play World Padel Tour pre-qualifiers in 2020 and managed to put his first foot in the professional draw in 2021 at the age of 16 in the Calanda Challenger WPT.

Years have passed, and that boy who was already wielding an adidas racket since he was 11 years old is today a professional WPT player. Cardona's progression has always followed an upward trend. At adidas padel, we are very proud of his evolution, and we know that the best is yet to come. Congratulations Pablo, we are not going to wish you luck, just keep working and thriving as you have done so far.