The best technologies at your disposal

What is an adidas padel racket made of? 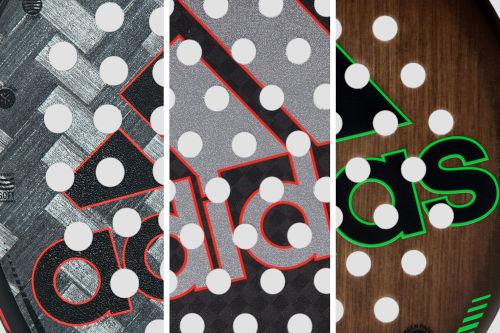 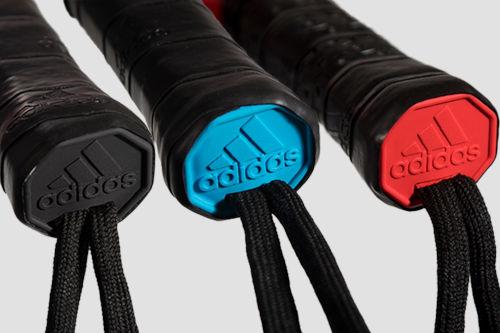 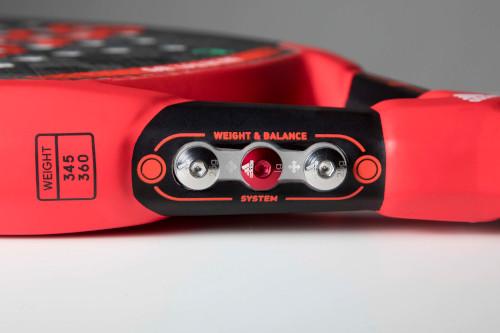 In this collection we work with 6 fibers. Each fiber has a different flexibility and this property allows us to value the power and comfort of the rackets.

The greater flexibility of the fiber, the greater ball output and comfort. With a less flexible fiber we get more power in the racket.

The rubber is a key aspect when talking about the performance of a paddle racket, it is the soul of the racket. At adidas we work with three EVA rubbers that differentiate the performance of each of the padel rackets. They are identified by the color of the paddle cap (red, blue and black).

EVA rubber with greater memory. Increases power in high-speed shots. Suitable for players with a high technical level. It is identified by the red cap.

The power technologies serves to optimize the energy of the player. The determining factor when we refer to power is the structural rigidity that prevents the dissipation of the energy applied by the player in every shot. 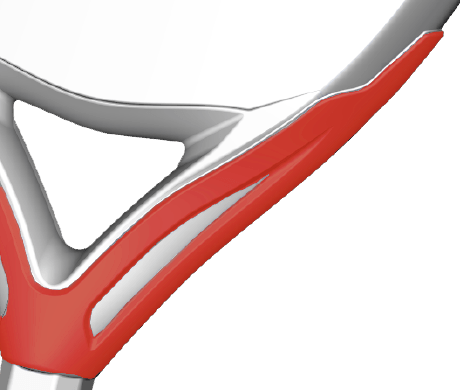 100% carbon fibers inserted in the frame and core structure to increase the power and structural rigidity of the racket. eXoskeleton characterizes the ESSNOVA rackets. 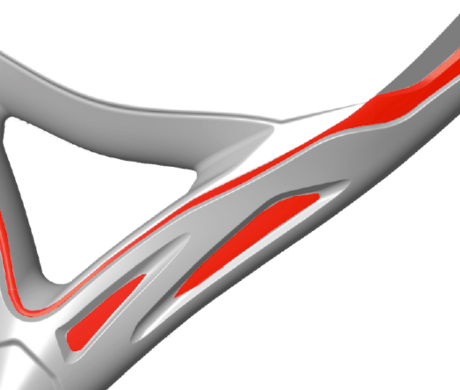 Evolution of eXoskeleton technology. Double height nerves that reinforce the core and the frame allowing the player to exert all his energy in each shot.

It is the technology that characterizes the ADIPOWER rackets. 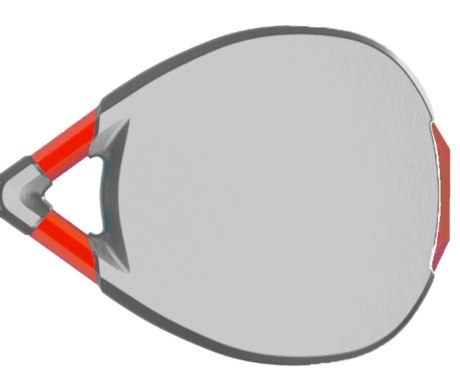 Exclusive octagonal design of the carbon tube. The 8 edges stiffen the structure making the METALBONE racket ideal for the most aggressive players.. 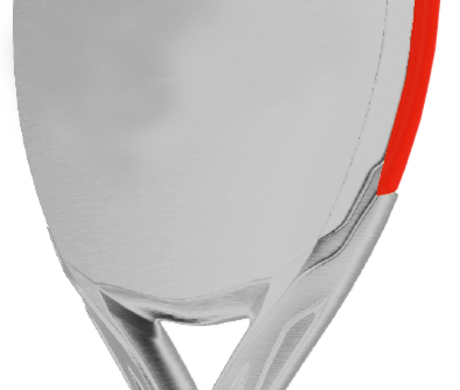 Outer carbon nerve on the frame that provides greater stiffness to the structure. Designed for the most aggressive rackets to achieve greater power in the shot. 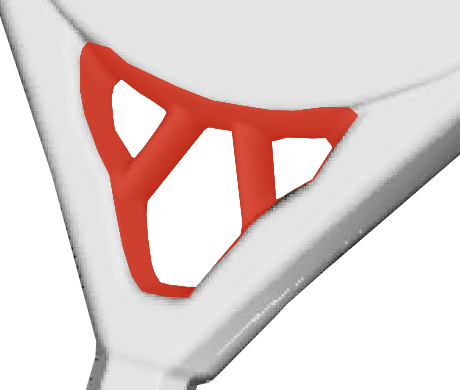 Double fiber insertion in the heart of the blade that provides greater structural stiffness,
thus increases the power in the game. It is the main technology of RX200 Light. 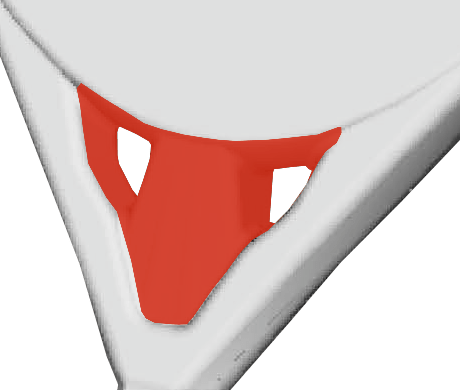 Mold designed with a fiber insert in the center of the heart of the racket that provides greater structural stiffness, thus increasing the power in the game to the RX300 racket.

Spin technologies allow the player to give more rotation to the ball thanks to the roughness of the racket surface. 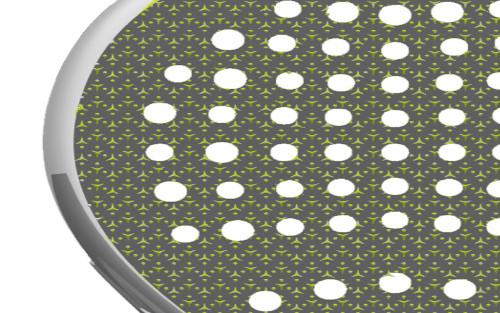 3D relief to increase the spin in the shot. It provides an improvement in the spins of the
most demanding shots. There are 3 types: 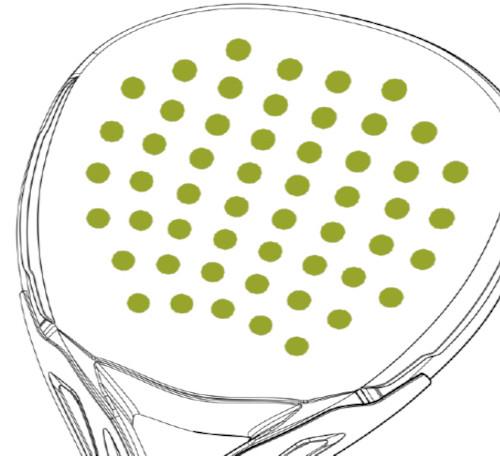 The arrangement of the holes is specially designed to facilitate the effect of all your shots.

These technologies are designed to reinforce the points where the racket experiences the greatest impact. 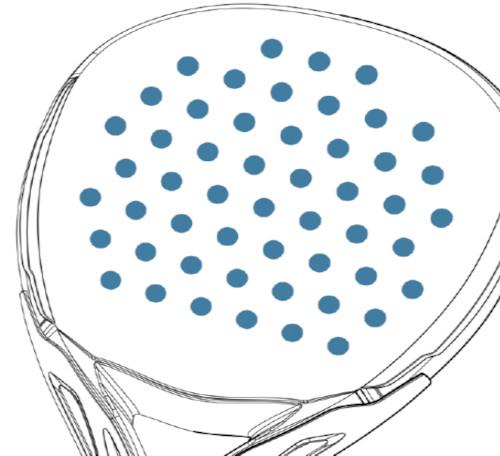 The arrangement of the equidistant holes in groups of 3 strengthens the Surface and improves the durability of the racket. 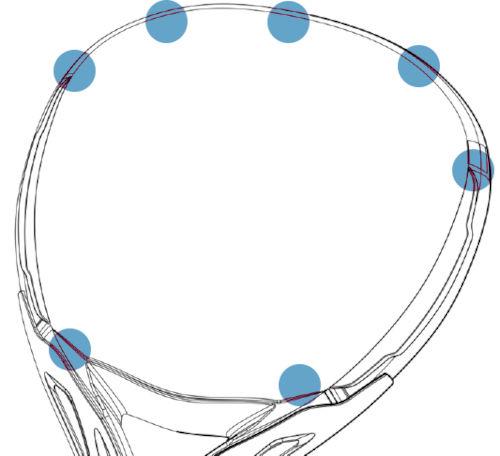 Perimeter reinforcements around the whole racket that allow to generate greater resistance to the high torsions that the racket is exposed to.

Technology designed to allow the weight and balance of the racket to be modified by external elements. 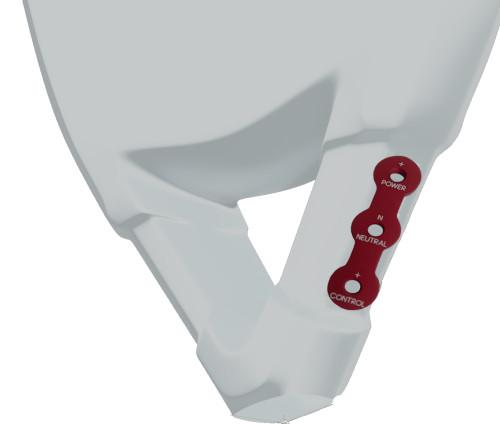 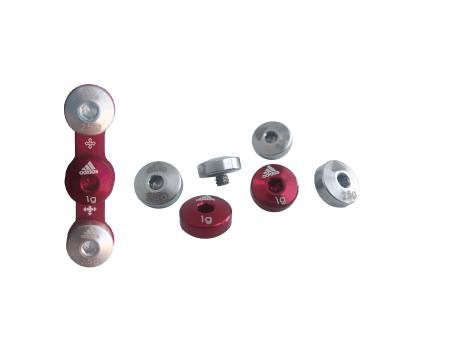 This is the technology that characterizes the Metalbone range. A system of six screws of different weights that allow you to vary the weight and balance of the racket depending on the demands of your next match.

The player can choose how to adapt his METALBONE to the needs of the match.

This year, you will be able to access this new technology in a very simple way since we have designed a key ring with Allen tip so that you can always carry it with you.